The necessity of preferential trade agreement between Iran & Tajikistan

In a common council of Iran & Tajikistan entrepreneurs, chairman of Iran Chamber of Commerce affirmed:

The necessity of preferential trade agreement between Iran & Tajikistan

The chairman of Iran Chamber of Commerce said, “the degree of commercial transactions and the key types of products between Iran and Tajikistan necessitates the definition and execution of preferential trade agreement between two countries; this agreement benefits both sides.”
In the common council of Iran and Tajikistan entrepreneurs held in Mashhad in order to augment two sides interactions and to study investment opportunities in two countries, Gholam Hossein Shafei, saying that two countries cooperation potentials are much more than what it is now, insisted, “the fact that both countries are members of two important economic centers of the region, Shanghai Cooperation Organization & Eurasian Customs Union, is a new chapter in augmentation of their economic cooperation, through which two countries authorities are able to use it to enhance interaction and expand relations.”

The necessity of visa cancellation between Iran & Tajikistan to increase transactions

Mohammad Hossein Roshanak, the chairman of Iran and Tajikistan Joint Chamber of Commerce said, “visa cancellation is one of the important requests of both countries traders and it boosts two sides economic transactions; members of Iran and Tajikistan common council of entrepreneurs should follow up its execution.”
He then emphasized on the solution of the problem of goods standard in two countries transactions, and states, “once forever the issue of goods standard in two countries transactions should be determined which means if a product standard in Tajikistan is accepted, in Iran also it get accepted and vice versa. Our request from Ministry of Foreign Affairs, Chambers of Commerce and two countries authorities is the removal of this obstacle.”
Mohammad Taqi Saberi, Iran ambassador to Tajikistan, spoke about authorities’ attempts to cancel visa between Iran and Tajikistan and continued, “we share the suggestion of visa cancelation with Tajikistani’s authorities; they are thinking about that and we hope to reach result very soon.”
Maroufjan Abdolrahmonov, the first secretary of Tajikistan Embassy in Iran, named energy field as one of the most significant cooperation fields between two countries and said, “Iranian engineers are active in Tajikistan hydro and electric power plants and roads fields. It is without any need for interpreters and just due to a common language which is an important privilege. In tourism field also, in the current year, a meeting was held in Dushanbe in which heads of travel agencies and tourism authorities attended and discussed ways to improve relations.” 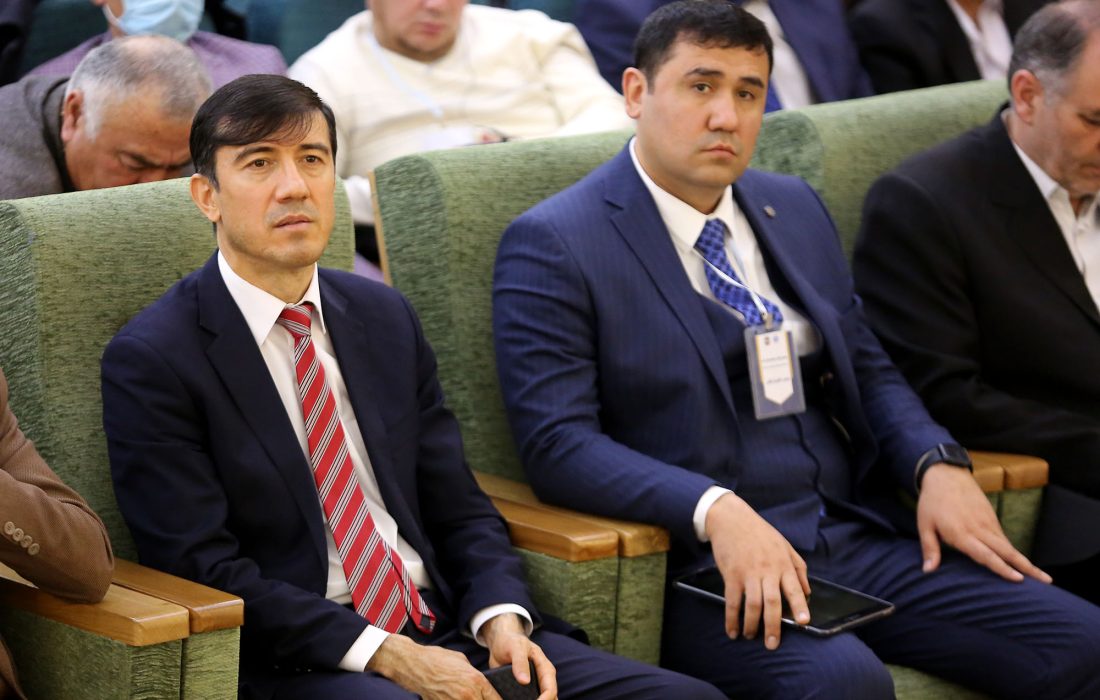