Iran and Indonesia can play complementary role in agriculture and industries

Mr. Shafei, the chairman of both Iran and Mashhad Chambers of Commerce, Industries, Mines, and Agriculture:

Gholam Hossein Shafei, chairman of Iran Chamber of Commerce in a meeting with Indonesian Ambassador to Tehran emphasized on seven decades of historical relations between two countries and maintained, “Indonesia is regarded as the largest economy of South – East Asia, and its economic growth 6%, shows its striking position among world big economies.” 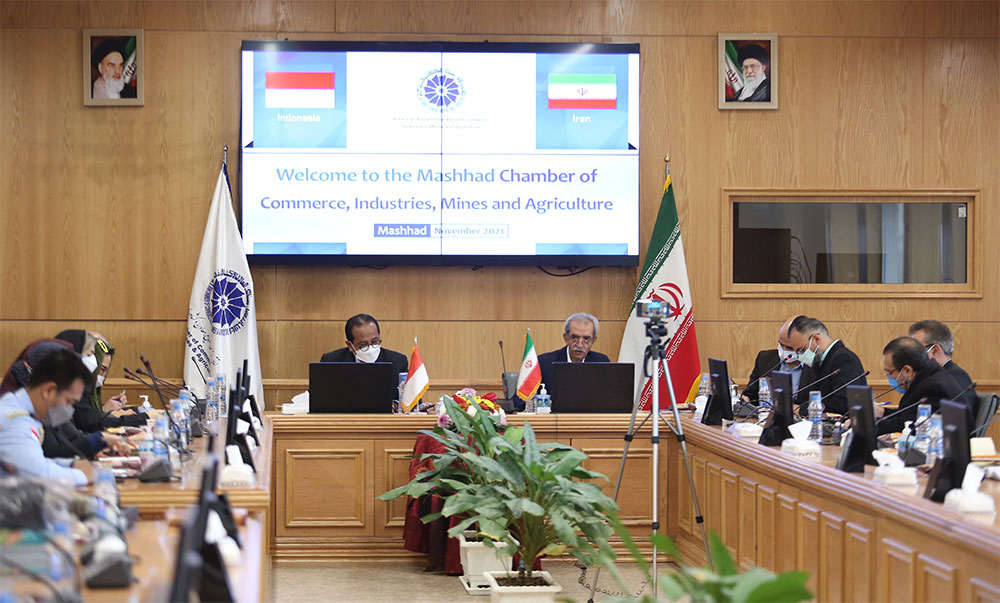 He then continued, “a population of 270 million, 50% of which is under 30 years old, guarantees a bright future for Indonesia. It is predicted that Indonesia will turn into the world fourth largest economy in future.”
Shafei added, “two countries political relations are desirably high, and Iran considers Indonesia as its brother nation. During previous years high – profile and top delegations have been shuttled between two countries; present day friendly interactions are outcomes of those attempts and tries.”

Indonesian Ambassador to Iran insisted, “Iran and Indonesia have several common grounds to cooperate with each other.” He said, “Iranian traders’ investment in Indonesia is a chance for them to enter ASEAN, which is a huge privilege. Both countries have countless mutual fields to cooperate and invest.”
According to Public Relations of Mashhad Chamber of Commerce, Industries, Mines and Agriculture, Ronny Prasetyo Yuliantoro said in an interview, “present ties and relations between Iran and Indonesia have lots of potentials and we hope to strengthen them.”

He then added, “my trip objective to Mashhad is to expand Iran – Indonesia relations particularly in economy, tourism and Halal industry. According to our talks with Mashhad Chamber of Commerce, both countries are willing to increase economic transactions between Iranian and Indonesian traders to realize each other’s economic status to upsurge and enhance our dealings and transactions.”